Searching!
Had I lost something

I was searching for!

Alas! I know not

What I’m searching for

I don’t even know whether

Whatever I’m looking for exists at all!

But the Hope that if I

I shall recognise whatever it is.

Not Hope AND Effort, but Hope WITH Effort keeps the Search on.

It would be my prayer that

If they have to be parted,

Then let not Hope cease before Effort.

On a Spicejet flight from Bangkok to Kolkata the male commander of the flight got a female air hostess into the COCKPIT of the flight and locked out the co-pilot for a considerable long time. Spicejet has taken action of suspending the pilot and have informed DGCA of the incident.

1. What was the duration of the locking out of the co-pilot? It is not a question of how long the closed door meeting took place between the commander and a hostess as much as how a Copilot could be denied access to his seat?

2. Was the hostess made to sit on the pilot’s seat or in the copilot’s seat? So where is the problem?

3. Was the closed door meeting consensual or was the hostess an unwilling partner to the proceedings. Even if she was willing, the Superior cannot leverage his higher rank.

4. Who said that the meeting was sexual in nature? Is it a probable event considering the circumstances or is it based on a complaint?

5. Wtf is the black box there for? Can’t it be used to glean facts of the last heard ‘noises’, if any?

6. Why did the flight purser object to that air hostess going in?

7. Do the passengers have a right to sue the airlines as there was a man and woman made situation which was risky?

I’d be wrong to imagine that Wright brothers would have been happy to have seen the flights secure for such mile high indiscretions.

Btw, why have not the names of the pilot and the air hostess not been published and thereby named and shamed the ones alleged to have put the lives of many passengers in jeopardy?

Let us be kind at a personal level, but not on disciplinary issues involving lives of others.

Why do ppl still rely on statements when there would be so many electronic evidence?

Maybe the pilot reprimanded the air hostess for some activity . Why impute motives?

Collecting incontrovertible facts is the only way to ascertain FACTS. Otherwise anyone could give acveptAble reasons and slime out.

Remember there is a special joy in getting into the mile high club. Probably the hostess could  have been a victim of enticement !

Why I couldn’t care less if someone insulted my God?

Because He was insulted before and He did not react either destructively or disruptively with the Power that He claimed He Possessed. When Dan Brown filled up the gaps of facts in the Gospel with his imaginative possibilities and even imputed that He was married to Mary Magdalene, I couldn’t care less – it was just because He once stood near a well and told a woman with multiple husbands to Ask Him of the Living Water and He couldn’t be bothered about even what his twelve disciples thought.
When He told the officials who slapped Him before the then High Priest, His retort was amazing: Why do you punish me without charging Me?

That is fundamental to all Jurisprudence today. He couldn’t care less.
When I worship a God born Human, I have no reason to defend either the Man that He was in this world or the Son of God, He claimed He was and I believe He is!
Neither can I go back to his flesh and blood times, nor would I be insulted at others tilting at windmills of my invisible God.
William Blake’s poetry could at times be very unsettling. As long as one reads TYGER TYGER BURNING BRIGHT, there is nothing but appreciation and once you touch the POISON TREE, a mystical feeling envelops us, but the moment we read those poems which logicise that if Jesus chose a humble place to be born, does it mean that he was born to the woman with the worst Character too? 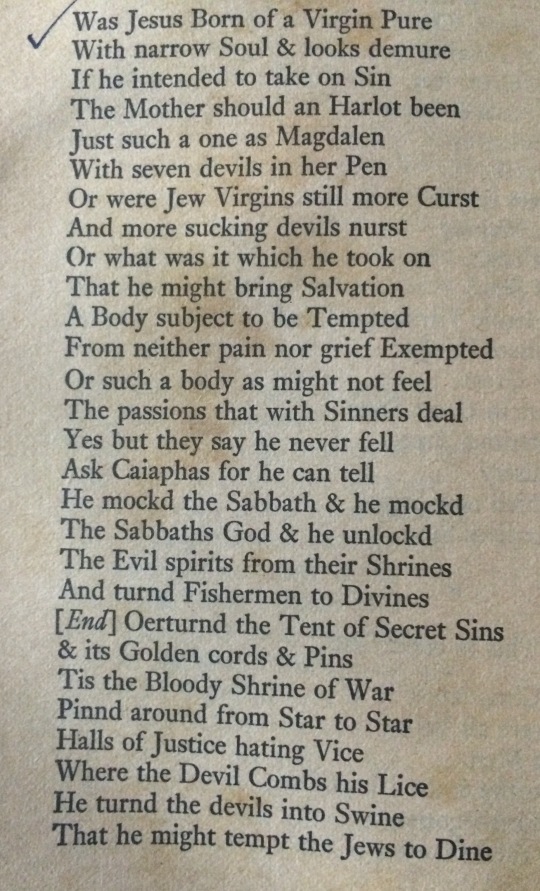 When even a poet couldn’t stir me to revolt against utterances anathema to my belief, why would I care when hordes and savages insult the name of my God. He is the only one I know who said each would be on his own and didn’t beg for even Justice, leave alone Mercy. Does my God need me to defend Him? Not at all. He needs man to follow the path of Righteousness, He cares a fig for the rest .
I pity those who feel that their God needs man’s protection and care!
Get going, God is good and would make a comeback like the Hound of Heaven.

This morning I saw a line of ants
after having discovered a piece of a kernel of walnut, were busily salting it away to its pit or hill or colony, somewhere. On the way many more ants joined the task. After an hour, when I followed the route of the ants, there was only half of the kernel left.

Presumably, the ants which helped on the way had filled their belly with the nutritious kernel. An army surely marches on its stomach and probably toll is collected by terrain jurisdictional ants too! No wonder our Public Distribution System works on the same lines! Solomon the Wise said: THOU SLUGGARD LEARN FROM THE ANTS, we sure have learnt all the convenient ones.